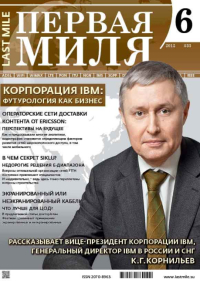 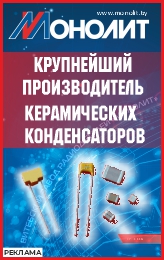 Content & Annotations of Issue #6/2012
Компетентное мнение
K.Korniliev
IBM: Futurology as a Business
Cables and Passive Equipment
A.Flatman
Screened or Unscreened Cabling – Which is Best for the Data Centre?! In this white paper, Dr Alan Flatman compares the use of screened vs.
unscreened cabling in the data centre from operational, commercial and
strategic viewpoints. The main focus will be the support of 10G and a risk
assessment of marginally compliant cabling.
Tags:   gigabit ethernet   screened cabling   utp   экранированный кабель
Оборудование
S.Portnoy, S.Rybalko, V.Fedorov
E-band Radio Relay Communication Systems: Experiment of Using Siklu EtherHaul-1200 Radio relay mm-wave links in the last couple of years have made a real revolution in building backhaul networks for broadband wireless communication systems, such as 3G (HSPA), WiMAX, LTE. Just over a year ago, one of the leading players in this field was a young Israeli company Siklu. This article describes the results of the practical performance test systems Siklu EtehrHaul-1200, carried out by Scartel. As a result of the tests, the system was considered fully compliant with all the requirements for use in networks YOTA.
Tags:   e-band   radio relay mm-wave links   е-диапазон   радиорелейные системы связи
S.Portnoy
What is the Secret of Siklu?
I.Elinsky, V.Kostygov
Monitoring system "Elektron" – a Friend and an Assistant to a Broadband Access Network Operator The monitoring systems for the telecommunication equipment which is installed in easily accessible places are topical today as never before. By virtue of broadband access networks development, expensive equipment is widely placed in block of flats and street cupboards. Since the equipment is territorially divided, control over its technical condition as well as its protection from nonlegitimate access turns into a crucial and tough task. The solution is offered by Elektron specialists who provide the monitoring system for different scales, from city to federal district ones, which has already proved itself on many sites.
Tags:   fttx   monitoring   мониторинг
D.Balashov
New Models in the Range of Hybrid IP-PBX Yeastar MyPBX Company Yeastar continues to develop its range of hybrid IP-PBX. In the end of 2012 the company announced two new models which significantly broaden spectrum of company’s equipment capabilities. Which new options do PBX MyPBX U300 and MyPBX U520 hold for customers?.
Tags:   ip-pbs   ip-атс   ptsn   тфоп
Технологии
K.Burykhin
Content Delivery Networks: Prospects For the Future As it was predicted by many analytics, video traffic is becoming a determining factor in broadband access networks development, including mobile one. The avalanche-like growth of payload on the networks means that video protocol optimization systems become of current interest. On the other hand, there is an increasing demand for diverse video services which results in a growing competition between providers. Problems such as quality of video services, connection speed and video protocol optimization can be solved by using the media content delivery system MDN by Ericsson.
Tags:   content delivery network   video services   видеосервисы   сеть доставки контента
Конференции, выставки, семинары
Higher and Higher and Higher. The Record Plank of Moscow Cisco Expo
Intercom-2012: new growth drivers for the Russian telecom On the 22-23 of December 2012 one of the most recognisable events in the field of the Russian telecom, VI Telecommunication Forum ‘Intercom-2012’, was held. In Courtyard Marriott St. Petersburg Center West Pushkin Hotel representatives of major telecommunications providers such as Rostelecom, MTS, MegaFon, TELE2, MTT, TTK, ER-Telecom, Mango Telecom and many others gathered.
Tags:   lte   telecom   в2в   м2м   телеком
Is the network ready for cloud technologies? Cisco webinar for Russian specialists
International Forum SMART GRID & METERING
Разработка: студия Green Art